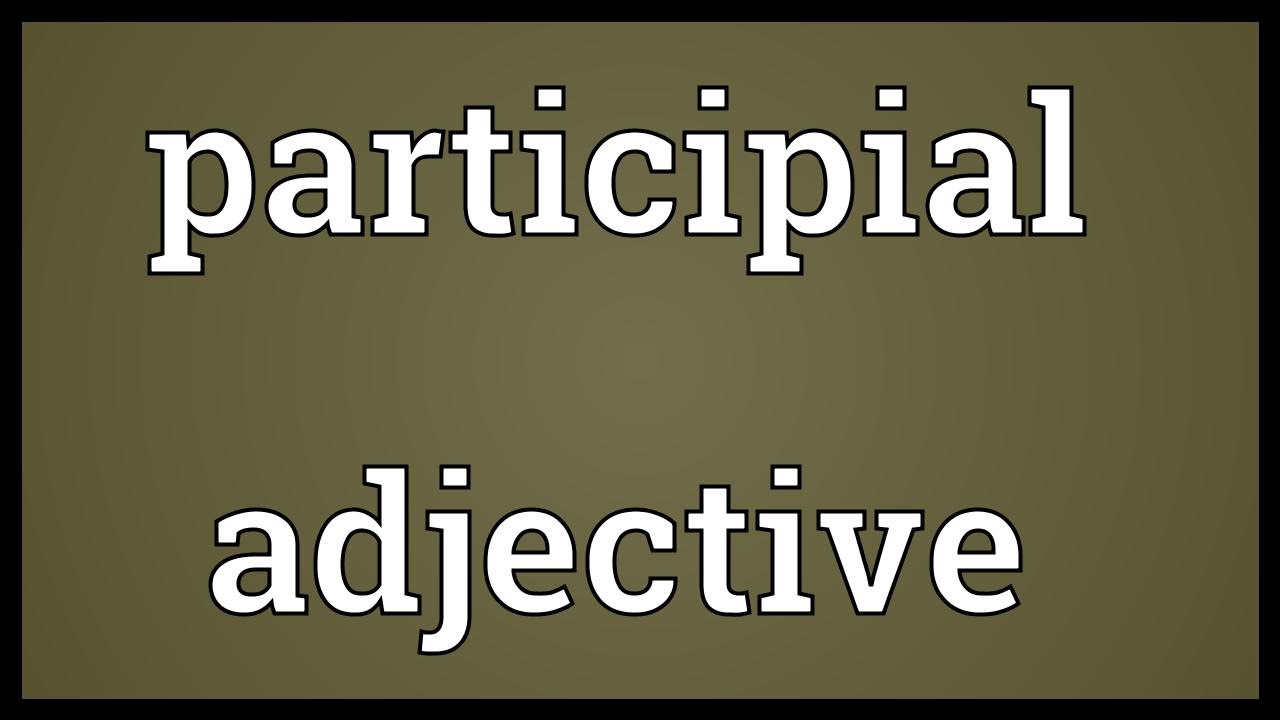 We saw in an earlier section that many adjectives can be identified by their endings. Another major subclass of adjectives can also be formally distinguished by endings, this time by -ed or -ing endings:

Remember that some -ed forms, such as misunderstood and unknown, do not end in -ed at all. This is simply a cover term for this form. Adjectives with -ed or -ing endings are known as PARTICIPIAL ADJECTIVES, because they have the same endings as verb participles (he was training for the Olympics, he had trained for the Olympics). In some cases there is a verb which corresponds to these adjectives (to annoy, to computerize, to excite, etc), while in others there is no corresponding verb (*to renown, *to self-centre, *to talent). Like other adjectives, participial adjectives can usually be modified by very, extremely, or less (very determined, extremely self-centred, less frightening, etc). They can also take more and most to form comparatives and superlatives (annoying, more annoying, most annoying). Finally, most participial adjectives can be used both attributively and predicatively:

Many participial adjectives, which have no corresponding verb, are formed by combining a noun with a participle:

These, too, can be used predicatively (the chemicals are alcohol-based, the soldiers were battle-hardened, etc).

When participial adjectives are used predicatively, it may sometimes be difficult to distinguish between adjectival and verbal uses:

[1] the workers are striking

In the absence of any further context, the grammatical status of striking is indeterminate here. The following expansions illustrate possible adjectival [1a] and verbal [1b] readings of [1]:

[1a] the workers are very striking in their new uniforms (=`impressive’, `conspicuous’)

[1b] the workers are striking outside the factory gates (=`on strike’)

In [2], we can modify annoying using very:

But we cannot modify it in the same way in [3]:

[3a] *the noise is (very) annoying the neighbours

The acceptability of [2a] indicates that annoying is an adjective in this construction equivalent viagra naturel. In [3], the verbal nature of annoying is indicated by the fact that we cannot add very , as in [3a]. It is further indicated by the presence of the neighbours (the direct object) after annoying. Notice also that we can turn [3] into a passive sentence (the neighbours were annoyed by the noise). In this case, annoying is the main verb of the sentence, and it is preceded by the progressive auxiliary verb is. In [2], there is only one verb, the main verb is.

We can distinguish between the following pairs using the same criteria:

We can also identify -ing forms as verbal if it is possible to change the -ing form into a non-progressive verb:

Compare these changes from progressive to non-progressive with the following:

In these instances, the inability to produce fully acceptable non-progressive sentences indicates adjectival use.

Similar indeterminacy occurs with -ed forms. Again, we can generally use very to determine whether the -ed word is adjectival or verbal:

The inability to supply very in these cases indicates a verbal rather than an adjectival construction. However, this test is less reliable with -ed forms than it is with -ing forms, since very can sometimes be supplied in both the adjectival and the verbal constructions:

If the -ed form is verbal, we can change the passive construction in which it occurs into an active one:

For more on active and passive constructions, see…

As we have seen, discriminating between adjectival and verbal constructions is sometimes facilitated by the presence of additional context, such as by-agent phrases or adjective complements. However, when none of these indicators is present, grammatical indeterminacy remains. Consider the following examples from conversational English:

Similarly, the problem does not arise if the main verb is not be. For example, the participial forms in this book seems boring, and he remained offended are all adjectives. Compare the following: