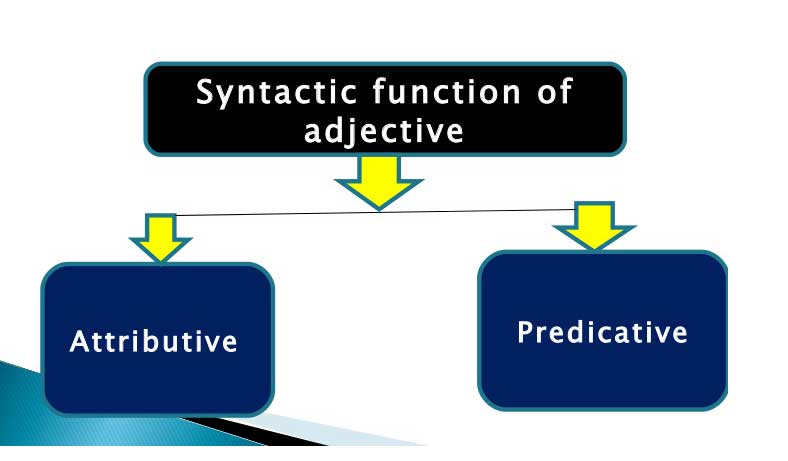 Most adjectives can occur both before and after a noun:

Sometimes an adjective does occur immediately after a noun, especially in certain institutionalised expressions:

the Governor General
the Princess Royal
times past

We refer to these as POSTPOSITIVE adjectives. Postposition is obligatory when the adjective modifies a pronoun:

something useful
everyone present
those responsible

We will now examine the adjective class in more detail.