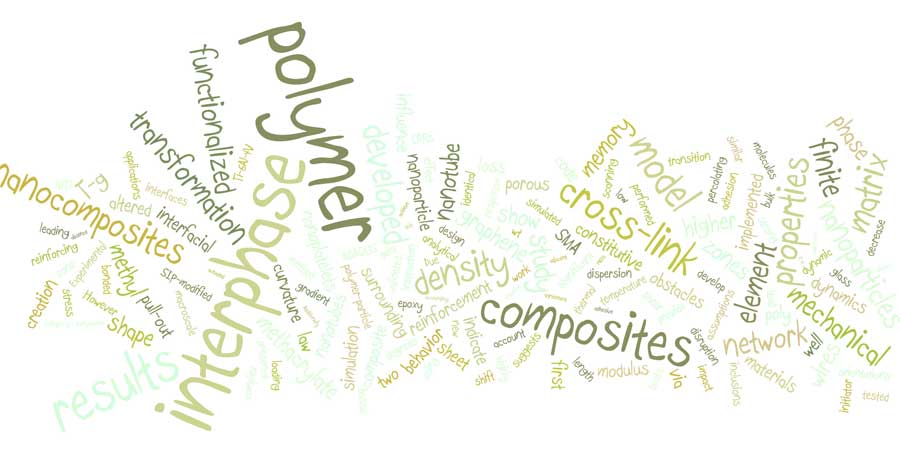 (n.) something that differs from the norm
Example: In 1974, Poland won the World Cup, but the success turned out to be an aberration, and Poland have not won a World Cup since.

(v.) to hate, detest
Example: Because he always wound up getting hit in the head when he tried to play cricket, Marcin began to abhor the sport.

(v.) to agree without protesting
Though Mr. Pospieszny wanted to stay outside and work in his garage, when his wife told him that he had better come in to dinner, he acquiesced to her demands.

(n.) eagerness, speed
For some reason, Simon loved to help his girlfriend whenever he could, so when his girlfriend asked him to set the table he did so with alacrity.

(adj.) friendly
An amiable fellow, Neil got along with just about everyone.

(v.) to calm, satisfy
When Jerry cries, his mother gives him chocolate to appease him.

(adj.) obscure, secret, known only by a few
The professor is an expert in arcane Kashubian literature.

(v.) to urge, coax
Magda’s friends cajoled her into drinking too much.

(n.) honesty, frankness
We were surprised by the candor of the politician’s speech because she is usually rather evasive.

(adj.) cautious
Though I promised Marta’s father I would bring her home promptly by midnight, it would have been more circumspect not to have specified a time.

(adj.) secret
Announcing to her boyfriend that she was going to the library, Maria actually went to meet George for a clandestine liaison.

(v.) to make somebody do something by force or threat
The court decided that David Beckham did not have to honor the contract because he had been coerced into signing it.

(adj.) logically consistent, intelligible
William could not figure out what Harold had seen because he was too distraught to deliver a coherent statement.

(n.) self-satisfied ignorance of danger
Simon tried to shock his friends out of their complacency by painting a frightening picture of what might happen to them.

(n.) a person entrusted with secrets (Shortly after we met, he became my chief confidant.)

(v.) to plot, scheme
She connived to get me to give up my plans to start up a new business.

(adj.) increasing, building upon itself
The cumulative effect of hours spent using the World English website was a vast improvement in his vocabulary and general level of English.

(v.) to lower the quality or esteem of something
The large raise that he gave himself debased his motives for running the charity.

(v.) to criticize openly
Andrzej Lepper, the leader of the Polish Self Defence party decried the appalling state of Polish roads.

(adj.) quiet, modest, reserved
Though everyone else at the party was dancing and going crazy, she remained demure.

(v.) to laugh at mockingly, scorn
The native speaker often derided the other teacher’s accent.

(n.) one who has total power and rules brutally
The despot issued a death sentence for anyone who disobeyed his laws.

(adj.) showing care in doing one’s work
The diligent researcher made sure to double check her measurements.

(adj.) overjoyed, thrilled
When he found out he had won the lottery, the postman was elated.

(adj.) expressive, articulate, moving
The best man gave such an eloquent speech that most guests were crying.

(v.) to steal money by falsifying records
The accountant was fired for embezzling €10,000 of the company’s funds.

(n.) sensitivity to another’s feelings as if they were one’s own
I feel such empathy for my dog when she’s upset so am I!

(n.) ill will, hatred, hostility
John and Scott have clearly not forgiven each other, because the enmity between them is obvious to anyone in their presence.

(adj.) learned
My English teacher is such an erudite scholar that he has translated some of the most difficult and abstruse Old English poetry.

(v.) to praise, revere
Kamila extolled the virtues of a vegetarian diet to her meat-loving boyfriend.

(v.) to make up, invent
When I arrived an hour late to class, I fabricated some excuse about my car breaking down on the way to work.

(adj.) wild, savage
That beast looks so feral that I would fear being alone with it.

(adj.) astounded
Whenever I read an Agatha Christie mystery novel, I am always flabbergasted when I learn the identity of the murderer.

(v.) to give up, renounce
I won’t forsake my conservative principles.

(adj.) troublesome or irritable
Although the child insisted he wasn’t tired, his fractious behavior – especially his decision to crush his jam sandwiches all over the floor – convinced everyone present that it was time to put him to bed.

(adj.) secretive, sly
Claudia’s placement of her drugs in her sock drawer was not as furtive as she thought, as the sock drawer is the first place most parents look.

(n.) overindulgence in food or drink
Helen’s fried chicken tastes so divine, I don’t know how anyone can call gluttony a sin.

(adj.) uncalled for, unwarranted
Every evening the guy at the fish and chip shop gives me a gratuitous helping of vinegar.

(adj.) disdainfully proud
The superstar’s haughty dismissal of her co-stars will backfire on her someday.

(n.) pretending to believe what one does not
Once the politician began passing legislation that contradicted his campaign promises, his hypocrisy became apparent.

(adj.) exemplary, flawless
If your grades were as impeccable as your brother’s, then you too would receive a car for a graduation present.

(adj.) rude, insolent
Most of your comments are so impertinent that I don’t wish to dignify them with an answer.

(adj.) incapable of being appeased or mitigated
Watch out: once you shun Grandmother’s cooking, she is totally implacable.

(adj.) casually rude, insolent, impertinent
The impudent young woman looked her teacher up and down and told him he was hot.

(adj.) clear, sharp, direct
The discussion wasn’t going anywhere until her incisive comment allowed everyone to see what the true issues were.

(adj.) lazy
Why should my indolent children, who can’t even pick themselves up off the sofa to pour their own juice, be rewarded with a trip to Burger King?

(adj.) not suitable or capable, unqualified
She proved how inept she was when she forgot two orders and spilled a pint of cider in a customer’s lap.

(n.) notoriety, extreme ill repute
The infamy of his crime will not lessen as time passes.

(v.) to prevent, restrain, stop
When I told you I needed the car last night, I certainly never meant to inhibit you from going out.

(adj.) incapable of being satisfied
My insatiable appetite for blondes was a real problem on my recent holiday in Japan!

(adj.) separated and narrow-minded; tight-knit, closed off
Because of the sensitive nature of their jobs, those who work for MI5 must remain insular and generally only spend time with each other.

(adj.) brave in the face of danger
After scaling a live volcano prior to its eruption, the explorer was praised for his intrepid attitude.

(adj.) stubbornly established by habit
I’m the first to admit that I’m an inveteratecider drinker—I drink four pints a day.

(adj.) extremely joyful, happy
The crowd was jubilant when the firefighter carried the woman from the flaming building.

(n.) the solemn sound of a bell, often indicating a death
Echoing throughout our village, the funeral knell made the grey day even more grim.

(adj.) graceful, flexible, supple
Although the dancers were all outstanding, Joanna’s control of her lithe body was particularly impressive.

(adj.) ghastly, sensational
Barry’s story, in which he described a character torturing his neighbour’s tortoise, was judged too lurid to be published on the English Library’s website.

(n.) an independent, nonconformist person
John is a real maverick and always does things his own way.

(n.) a common saying expressing a principle of conduct
Ms. Stone’s etiquette maxims are both entertaining and instructional.

(adj.) extremely careful with details
The ornate needlework in the bride’s gown was a product of meticulous handiwork.

(n.) a small amount of something
Refusing to display even a modicum of sensitivity, Magda announced her boss’s affair to the entire office.

(adj.) gloomy or sullen
David’s morose nature made him very unpleasant to talk to.

(adj.) consisting of a very great number
It was difficult to decide what to do on Saturday night because the city presented us with myriad possibilities for fun.

(n.) the lowest point of something
My day was boring, but the nadir came when my new car was stolen.

(adj.) trifling, insignificant
Because he was moving the following week and needed to get rid of his furniture more than he needed money, Kim sold everything for anominal price.

(n.) a beginner, someone without training or experience
Because we were allnovices at archery, our instructor decided to begin with the basics.

(n.) a slight variation in meaning, tone, expression
The nuances of the poem were not obvious to the casual reader, but the teacher was able to point them out.

(adj.) lacking consciousness or awareness of something
Oblivious to the burning smell emanating from the kitchen, my father did not notice that the rolls in the oven were burned until much too late.

(adj.) excessively compliant or submissive
Donald acted like Susan’s servant, obeying her every request in an obsequious manner.

(adj.) lacking quickness of sensibility or intellect
Political opponents warned that the prime minister’s obtuse approach to foreign policy would embroil the nation in mindless war.

(n.) a remedy for all ills or difficulties
Doctors wish there was a single panacea for every disease, but sadly there is not.

(n.) a satirical imitation
A hush fell over the classroom when the teacher returned to find Magdalena acting out a parody of his teaching style.

(n.) a careful examination, review
The actor agreed to accept the role after a three-month perusal of the movie script.

(n.) a preference or inclination for something
James has a predilection for eating toad in the whole with tomato ketchup.

(adj.) charmingly old-fashioned
Mary was delighted by the quaint bonnets she saw in Romania.

(v.) to restore, clean up
After being refurbished the old Triumph motorcycle commanded the handsome price of $6000.

(v.) to reject, refuse to accept
Tom made a strong case for an extension of his curfew, but his mother repudiated it with a few biting words.

(adj.) significant, conspicuous
One of the salient differences between Alison and Helen is that Alison is a couple of kilos heavier.

(n.) luck, finding good things without looking for them
In an amazing bit ofserendipity, penniless Mark found a $50 bill on the back seat of the bus.

(adj.) exceeding what is necessary
Samantha had already won the campaign so her constant flattery of others was superfluous.

(n.) one who flatters for self-gain
Some see the people in the cabinet as the Prime Minister’s closest advisors, but others see them as sycophants.

(adj.) not inclined to talk
Though Magda never seems to stop talking, her brother is quite taciturn.

(adj.) ready to fight, cruel
This club doesn’t really attract the dangerous types, so why was that bouncer being so truculent?

(n.) resentment, offence
He called me a lily-livered coward, and I took umbrage at the insult.

(adj.) deserving of respect because of age or achievement
The venerable High Court judge had made several key rulings in landmark cases throughout the years.

(v.) to confuse or annoy
My boyfriend vexes me by pinching my bottom for hours on end.

(adj.) loud, boisterous
I’m tired of his vociferous whining so I’m breaking up with him.